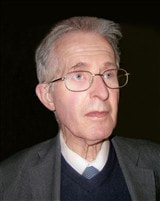 Recognized for his work in chemical pathology, Dr. David Donaldson spent decades attending to patients and research at various hospitals and facilities in England. He began his career as a house physician at Selly Oak Hospital [Birmingham] and then on to The Children’s Hospital [Birmingham] as a house surgeon. From there, he proceeded to Queen Elizabeth Hospital [Birmingham] as a senior house officer in clinical pathology. Throughout the course of his career, he has worked at Victoria Hospital [Keighley, Yorkshire] and then at East Surrey Hospital [Redhill}, BUPA Gatwick Park Hospital, Crawley Hospital [West Sussex] and the Institute of Neurology at the National Hospital for Neurology and Neurosurgery [London]. In addition to his work at these establishments as a consultant, researcher and lecturer, he has taught students at London South Bank University since 1997.

​Dr. Donaldson has also served as the chairman of the South West Thames Chemical Pathology Advisory Group with the Thames Regional Health Authority. From 1978 to 1983, he contributed as the vice chairman of the medical subcommittee of the Marie Curie Memorial Foundation. Dr. Donaldson has contributed to numerous journals, books and articles pertaining to topics within his area of expertise.